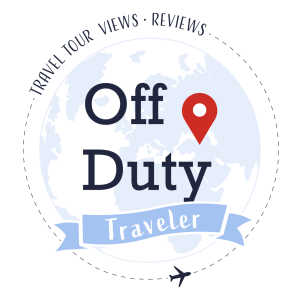 This was my third trip to Europe with EF Tours, having already been to Amsterdam, Brussels, Paris and London and Ireland the previous year. For this trip I took my twin sons, Johnathan and Matthew, along with me, and this was their first trip to Europe.

If you’ve never been to Europe and you’re traveling from the U.S., Greece can feel quite exotic, and perhaps be more intimidating, than a trip to the UK for example. This trip required a long flight, part of which we missed in London due to heavy security, where we waited an additional four hours for our final flight to Athens.

It was worth it.

This educational trip is a whirlwind tour of most of the historical sites you’ll want to see in Greece. We traveled in March, so while the weather was beautiful it was still cool, and we visited before the high tourist season so we were able to avoid the crowds.

If you’re wanting a fun-in-the-sun Greek vacation, go later in the year and plan on spending more time at the islands or the resort areas and more time in lines. Here’s what I thought of our EF Greece Tour.

Our group landed in Athens, weary from travel. We were met by our beautiful and wonderfully enthusiastic EF Tour Director Georgia and our equally enthusiastic bus driver, who immediately taught us to say good morning in Greek and Opa, which we all quickly caught onto!

We immediately embarked on a bus tour of Athens, which at that time was experiencing a severe economic downturn and under austerity measures from the EU to try to contain the debt. For this reason we noticed the grass going uncut along roadways and trash not being picked up. Despite that, our professional guide gave us a great overview of this magnificent historic city, which included a stop at the Olympic stadium and, of course the Acropolis to see the Parthenon.

Our trip to Athens included a day boat cruise of nearby Greek Islands, including Hydra, Paros and Aegina. I was completely astonished at the beauty of these islands and actually teared up when we pulled into Hydra, having never before seen anything like it. My photos may help, but they don’t really do it justice. As you can see my boys conquered both Hydra and Paros by climbing to the top, while I enjoyed a glass of wine in a cafe near the shore.

Our Itinerary in Athens, Greece included:

Lodging: Fair. Our hotel was a long distance from the center of Athens, making either a long walk (with little or no sidewalks) or the use of public transportation. It’s website boasted a “view of the Aegean Sea” which was true if you leaned over the balcony and craned your neck to see a sliver of blue I assumed was the sea.

Food: Fair. The best meal we had in Athens was at a tiny family-owned restaurant serving gyros and homemade yogurt for a total of 2.50 Euro. Those were delicious. We also had a lot of bad wine.

Excursions and Itinerary: Excellent. Our bus tour was great, we had plenty of time in the Acropolis on our guided tour and I can’t say enough about the boat cruise.

On day four we departed for Olympia, Greece, taking the National Road and stopping first at the Oracle of Delphi, an ancient religious sanctuary dating to the 8th century B.C. in which the priestess Pythia was said to have told the future. Recent theory says she was probably breathing fumes from the underlying volcanic structures and getting high. From there we made our way to our hotel in Olympia, anxious to see the site of the ancient Olympic Games the following day.

The next morning we headed to the Olympic site for a expert guided tour, where we were able to view the Temple of Zeus and the site of the Olympic flame, where the modern Olympic flame still begins today. But first I had to explain to my friends back home the weird hairdryers they have in the hotel rooms.

Our Itinerary in Olympia, Greece Included:

Lodging: Fair. I remember the room being cold and it had one of those weird and weak European hairdryers that looks like a vacuum cleaner. Still it was clean and did the job.

Food: Fair. I honestly don’t remember a single thing I ate except Baklava at these lunch and dinner stops. And did I mention bad wine?

Excursions and Itinerary: Outstanding. The visits to these ancients sites are mind blowing and the guides are phenomenal. I wish I could remember everything our guide at Delphi told us.

After our visit to the Olympic site we headed to Tolo, Greece, which is a small village on the Peloponnese peninsula, making it a great stop for travelers wanting to visit the famous ancient sites nearby. We were there in the off season but I could tell it must be a bustling resort area in the summer. Because it was the off season almost everything was closed, save for a tiny grocery story on the main street, which our group raided and bought plenty to eat and drink, then settled into our hotel lobby to visit and talk about what we’d seen so far.

Our Itinerary in Tolo, Greece Included

Since this was really just a hotel stop and not a destination, we did not have any EF Tour sanctioned activities here. It did make me want to come back and visit Greece during the summer season though!

Lodging: Good. The hotel was obviously meant to have great views of the sea and would probably be bustling during the summer.

Food: None other than the snacks we purchased and a lunch stop.

Excursions and Itinerary: Excellent. As this is a stopping off point to get to our next destinations on the way back to Athens.

Epidaurus, Corinth and the Ruins of Mycenae

After visiting Toro we stopped at Epidaurus, Greece to see the ancient healing center, considered the cradle of medicine, and adjacent theater, which has perfect acoustics. From there we headed to Corinth for a brief stop to see the famous canal, then on to the ancient ruins of Mycenae which date to as far back as 1600 B.C. In Greek Mythology, Perseus founded this dynasty, beheading Medusa near these grounds.

From there we headed back to Athens, stopping first to see the Temple of Poseidon for our last dinner together at sunset. Our final day included a visit to a museum of Mathematics and free time in the Plaka in the shadow of the Acropolis, before heading home.

Lodging: Good. Our final night in Athens was spent at a different hotel, functional and clean but still a long distance from the city which required traversing over sidewalks where in the evenings Athens residents park their cars, which made it necessary to dodge traffic as we went around them.

Food: I don’t remember what we ate, but I remember the fantastic view of the Temple of Poseidon.

Excursions and Itinerary: Outstanding. The professional guides were incredibly knowledgeable, the visits to the ancient sites were astonishing and my sons and I were glad to finally have some free time to poke around in the Plaka. My only complaint is that I didn’t feel like we had enough free time here.

Greece Tour Overview: If You Go

This EF Educational tour is a fantastic overview of Greece. The pace was fast and furious, covering multiple archaeological and World Heritage sites with several hotel stops. There’s lots of walking, uphill, and time spent on the coach getting from one site to another, which at the time felt a little like time wasted but now that I look back on the trip I can’t believe how much we packed in! You’ll enjoy the educational aspect of the trip, great guides, traditional Greek food and an astonishing view of the ancient Greek world.

If you’d like to see my photos check out my album on Flickr or visit my Google Photos. Opa! I’ll see you on the next trip!

Do you have a Greek Tour you’d like to recommend? Let me know in the comments!

About Off Duty Traveler

Summer days in a rented boat can give you that #vacation vibe without traveling. I highly recommend. ♥️🌊☀️
On this day, at noon on August 24, 79 A.D., the peak of Mount Vesuvius exploded, propelling a 10-mile mushroom cloud of ash and pumice into the stratosphere, burying Pompeii under ash and dust.
Simple summer fun in #DaytonOhio at the beautiful Riverscape park. These kids were having a blast. I might have joined them for a bit myself 😉
There's nothing to do in the #Midwest, said no one, ever. 🛶
The iconic #liftbridge in #FairportNY. The bridge spans the #eriecanal and is the only one of its kind left. It was recently restored and is looking fine! That's my girl Sal standing next to her, and if you know the song you'll know why she's been given that name.
I try to see this wonderful display of patriotism in my hometown of #fairportny as often as I can. My sister @k.l.seidel has been in this band for decades and I #travel there as much as possible to see her perform. Both my nephews are in the band now too. Despite what you saw on the news today, this is the Fairport I know.
Loading Comments...
%d bloggers like this: